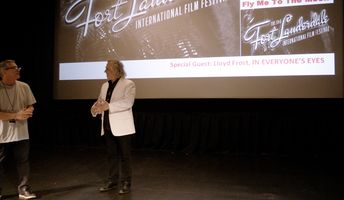 -Screening  of a short film or video, discussion of why the film was made, socio-cultural issues, Q&A.

In Everyone's Eyes - El ultimo! On The Road...in Florida

Rogers TV - The Sun Is Rising

We Are Moving Stories interview

presentation: From Songs to Short Films - Create and Influence People. Even with Tough Themes!

A feature documentary may appeal to some viewers, but a short film can provide entrée to an audience willing to spend only a brief time on a topic - especially a difficult or unfamiliar theme. Replacing 'talking heads' and voice-over with a singing narrator or instrumental in a short film is my model. I call this genre 'DocuMusical' - blending music video and on-location doc-style footage, sometimes even with narrative elements. This engages viewers already interested in the topic, people with an appreciation for music, and those with limited time. When artfully and gently presented, a musical-doc can open the theme for discussion, potentially to a more diverse audience.

A musical-doc short film screens, followed by a discussion touching on why the film was made, how it was produced, filmed, edited, and submitted to film festivals. Technical, ethical and safety issues, including filming in countries with varying levels of democracy, may also be discussed.

A song(s) from the film or video is performed, followed by Q&A.

Creating a song has so many variables - waiting for inspiration or 'just do it', co-write or solo, which comes first - melody or lyrics, cutting up the newspaper technique (really!), editing and eventually studio recording with it's own variables. Usually a songwriter finds personally comfortable ways of negotiating these steps. 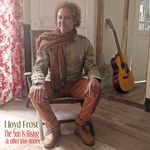